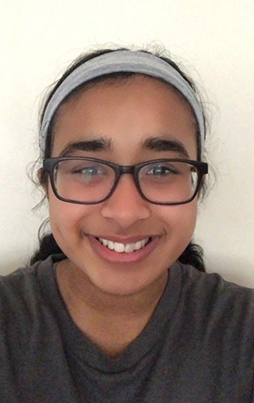 What do you do when you are not playing chess?
I play piano, viola and netball. I also like watching cricket.

What is your role in the club?
I’m just a regular member of the junior section.

Why did you join the club?
I wanted to join a club where I could play regularly, rather than just at tournaments.

What do you like about chess?
I enjoy how every game is different, and the challenge of finding smart moves.

What’s the best thing about being a member?
I love playing against other clubs!

Who is your chess hero?
Maxime Vachier Lagrave

What chess book have you found most helpful?
The Mammoth Book of the World’s Greatest Chess Games by Graham Burgess, John Nunn and John Emms.